Are You a Night Owl? About ADHD and Late Sleep 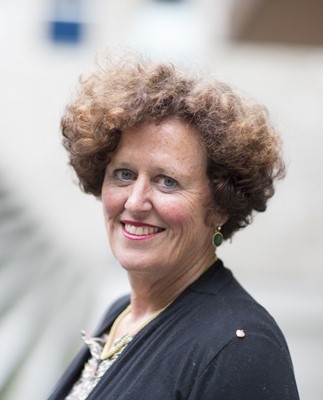 ADHD is related to several sleep problems, but the most frequent seems the delayed sleep phase syndrome, a disturbance of the circadian rhythm. Research of children and adults with ADHD (when compared to controls) shows that the majority of these individuals has a late sleep onset that is associated with a late onset of the sleep hormone melatonin (van der Heijden et al, 2005; van Veen et al, 2010). Melatonin is produced by the pineal gland in the brain when it is getting dark in the evening, and we wake up by light in the morning. The onset of the melatonin production helps to fall asleep. For most adults the onset of melatonin is around 9.30 pm; in ADHD children compared to controls this occurs at least 45 minutes later, and in adults with ADHD even 90 minutes (van der Heijden ea, 2005; van Veen ea 2010). After melatonin onset, it normally takes 2 hours to fall asleep, but in adults with ADHD it takes at least 3 hours (Bijlenga et al, 2013). So it does make sense that so many people with ADHD have difficulty falling asleep on time. This late onset of melatonin is driven by genes that regulate the biological clock, and those genes have been linked psychiatric disorders like ADHD and bipolar disorder (Landgraf et al, 2014). What the exact relationship is between this late sleep pattern and ADHD is still unknown. 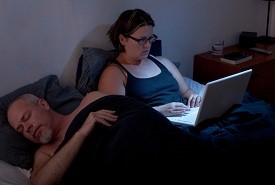 Why should this be a problem?
If you are a late person you may prefer to work in the afternoon, evening and/or night, why would that be a problem? The problem is that a late sleep pattern inevitably leads to a short sleep duration, and short sleep has been linked to numerous health problems in the long term. The preferred sleep duration for most people is 7-8 hours, but people working in for instance night-shifts seldom sleep longer than 5-6 hours. The same may be true for people with ADHD, who are evening types that live like they work in night shifts... Missing a few hours of sleep during a limited period will not pose risk, but when short sleep is a chronic pattern, it may lead to obesity, diabetes, cardiovascular disease and cancer (Kooij & Bijlenga 2013). So getting a sufficient number of hours of sleep seems pretty essential to prevent chronic diseases. Also, late sleep increases the vulnerability for mood disorders, especially (winter) depression and bipolar disorder (Lewy et al, 2009). So we better all take care of our sleep!

Take the MCTQ test: am I a late sleeper?

How to take care of longer sleep?
First, sleep hygiene measures may be helpful, starting with limiting light exposure after 9.30 pm. This is because the light emitted by lamps, TV, computer screen and mobile phone reduces the production of melatonin through the eyes (Fiqueiro et al, 2011), thereby delaying your sleep onset time. Developing a timed sleep ritual like taking a hot shower, reading a book using dim light etc. may be helpful as well. When this is not sufficient, 1-3 mg of short acting melatonin can induce sleep at an earlier time before 12 pm, usually one hour after ingestion, thereby increasing total sleep duration (Kooij & Bijlenga 2013). People waking up after a few hours of sleep using short acting melatonin, are advised to switch to the long acting variant. Melatonin is not addictive as are other sleep medications. It is essential to take melatonin on-time, which is after 4 pm and before 12 pm to have its desired effect. This is because melatonin not only acts as a sleep inducer, but it also resets the biological clock (Lewy et al, 2004). As the biological clock influences all physical processes in our body, we best take into account the right time window to prevent unwanted or unknown effects. Research has shown that melatonin is effective in adolescents in advancing sleep onset and increasing sleep duration, as well as in children with ADHD and sleep onset insomnia (Eckerberg et al, 2012; van Maanen et al, 2016; Hoebert et al, 2009).