Research & Reality: The Diagnosis of ADHD 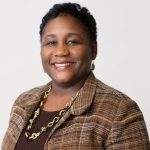 Despite the availability of helpful and competent protocols for assessing and diagnosing ADHD in children, adolescents, and adults, there are many prevailing factors that make this job a difficult one. An accurate diagnosis of ADHD (or identifying a different condition causing “attention deficits”) matters because it is an essential step towards
obtaining effective treatment, of which there are several options available for ADHD. Hamed, Kauer, and Stevens (2015) conducted a systematic literature review examining the factors contributing to the misdiagnosis of ADHD (in either direction) and its downstream effects on treatment and outcome in the lives and treatment of children and adults suffering from ADHD, their families, and the community. We offer key insights from the article related to the diagnosis of ADHD, and explore what the research says, how it influences and aligns with reality, and what next steps are required to ensure that the process of attaining an accurate ADHD diagnosis is inclusive to a broader population.

ADHD does not discriminate; nevertheless, people are recognized and treated selectively. It impacts individuals across the life span and those of different racial and ethnic as well as cultural backgrounds. While it is estimated that 5-11% of children are affected by ADHD nationwide, approximately 4-5.9% of adults are affected by ADHD, in all age groups. When left untreated, ADHD often has myriad adverse consequences with factors such as: academic achievement, family relationships, substance use and dependence, financial viability, sustained employment, criminal behavior, and increased risks for comorbidity and mortality. 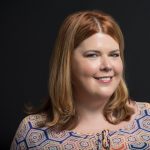 What does this research mean in the reality of clinical practice? An accurate ADHD diagnosis has the potential to be life changing in many ways. Awareness of the

have had to face. However, re-conceptualizing this new information is done through the lens of cultural factors which shape a person’s way of knowing; for members of under-represented groups, this view can differ from a dominant culture’s framework as it relates to mental health concerns, including how behaviors and “symptoms” essential to making the diagnosis are understood and communicated by patients.

Understanding the cultural and contextual factors that play a role in the assessment and treatment of ADHD is important since ways of knowing (i.e., universal understanding) about psychiatry and psychology for members of under-represented groups have historically been viewed as being embedded in larger ideologies, systems, and practices that may be viewed as inequitable at best, if not oppressive and outright discriminatory, at worst. Eliciting and understanding this frame of reference is required if we desire to accurately identify and provide treatment evenhandedly to all who have ADHD.

Hamed and colleagues highlight the importance of this charge when they argue that “The validity and accuracy of ADHD as a diagnosis is still questioned by some groups...one feature of ADHD diagnosis at issue is that it may be easily biased and lacks standardization, which is in part due to the subjectivity in evaluating children with ADHD.” Moreover, the authors contend that the decision regarding threshold for defining symptoms and/or impairment such that they warrant medical attention is viewed as subjective in nature.

Hamed and colleagues also identify the differences in viewpoints that exist among parents in diverse populations in regards to their children’s behaviors, including the cultural perceptions of other persons who constitute a child’s support network, including extended family and wider community. For example, the diagnosis of ADHD may be viewed as a means for creating business for both medical professionals and pharmaceutical companies, or that impulsive and hyperactive behaviors that are deemed “symptoms” by professionals, are considered “normal” (particularly for males) within a community. Research has consistently reported that greater numbers of Caucasians compared to Hispanics and African Americans are diagnosed with ADHD, but the Hamed et al. article raises the question of what are the additional factors behind this disparity? The answer is important because some of these children (or teens or adults) may actually have ADHD and their lives and the lives of their families may benefit from effective treatment.

In order to effect change in reality, what do researchers and clinicians need to do next? The article concludes that, “Strong partnerships between clinicians and patients with ADHD may be the best way to reduce the negative impacts of the disorder.” For this to happen, next steps should include: