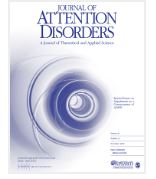 Journal of Attention Disorders, Ahead of Print.
Objective:To compare the effect of a once-daily extended-release methylphenidate formulation (PRC-063) versus placebo on sleep, measured via daily electronic diary in two clinical trials in pediatric (6–12 years) and adult (≥18 years) patients with attention deficit hyperactivity disorder (ADHD).Method:A diary was completed by adult patients or parents/caregivers of pediatric patients during two randomized, double-blind, placebo-controlled laboratory classroom studies. Following dose optimization of PRC-063, patients were randomized to 1 week of double-blind treatment with PRC-063 or placebo before attending a full-day laboratory classroom session.Results:In the studies, 148 pediatric patients and 239 adult patients were randomized to either PRC-063 or placebo. When compared with the diaries of placebo patients, the sleep diaries in both pediatric and adult patients showed no statistical difference in total sleep time, efficiency, or latency.Conclusion:PRC-063 did not impact subjective measures of sleep versus placebo in pediatric and adult patients with ADHD.

Behavioral Sleep Interventions for Children With ADHD: A Systematic Review and Meta-Analysis
Posted on Saturday June 25, 2022

Journal of Attention Disorders, Ahead of Print.
Objective:To evaluate intervention characteristics and components within behavioral sleep interventions in school-aged children with ADHD and examine evidence related to effectiveness.Method:A systematic review was conducted using PsycINFO, Embase, MEDLINE, PubMed, and OpenGray. The subsequent meta-analysis used sleep outcomes to produce comparable effect sizes (Hedges’ g) and compare intervention effects between randomized controlled trials and pre-post studies.Results:Eleven articles satisfied the inclusion criteria (562 children, across all groups, aged 5–14 years, M = 8.71). Studies reported improvements in sleep although there was marked heterogeneity between studies and limited use of objective sleep measures within them. On average, intervention groups improved more than control groups in the five randomized controlled trials (−0.46, 95% CI = [−0.58, −0.35], k = 4).Conclusion:The findings support the use of behavioral sleep interventions for school-aged children with ADHD. Findings suggest that brief, individualized intervention may be more effective than standardized.

Substance-Related Problems in Adolescents with ADHD-Diagnoses: The Importance of Self-Reported Conduct Problems
Posted on Saturday June 25, 2022

Journal of Attention Disorders, Ahead of Print.
Background:Attention-deficit/hyperactivity disorder (ADHD) is a known risk factor for substance-related problems (SRP) during adolescence, but the nature of this relationship and the importance of co-occurring conduct problems are not fully understood.Methods:Data stem from a linked dataset between a large population-based survey conducted in 2012 of Norwegian adolescents aged 16 to 19, and registry-based data from specialized child and adolescent mental health services (n = 9,411).Results:Adolescents with “ADHD + high conduct problems” had increased risk of SRP (odds ratios = 2.37–10.14). Adolescents with “ADHD only” had very similar risk of SRP as adolescents from the general population with low symptoms of conduct problems. Relative to boys, girls with “ADHD + high conduct problems” appeared to have somewhat higher risk for SRP.Conclusion:The present study suggests that the risk for SRP among adolescent with ADHD is largely driven by co-existing conduct problems.

Journal of Attention Disorders, Ahead of Print.
Objective:This study examined the prospective relationship from student inattention symptoms to changes in their psychological need satisfaction (PNS) during their transition to secondary school. In doing so, it has explored whether this temporal association was moderated by teachers’ involvement (TI).Method:A sample of 688 students (46% male; Mage = 11.82) followed in Grade 6 and Secondary 1 was selected from a stratified random list.Results:Inattention symptoms predicted a decrease in autonomy and competence need satisfaction, after adjusting for gender, anxiety, aggression, and PNS at baseline. In addition, TI in Secondary 1 attenuated the association between inattention and autonomy need satisfaction decline. TI also predicted a smaller decrease in competence need satisfaction, over and above the contribution of inattention.Conclusions:Results support the importance of TI in PNS of students who are struggling with inattention throughout a critical transition. Implications for educational practices and research are discussed.

Local Functional Connectivity as a Parsimonious Explanation of the Main Frameworks for ADHD in Medication-Naïve Adults
Posted on Friday June 10, 2022