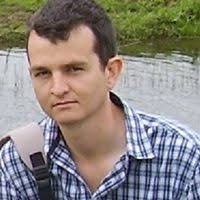 I am very grateful for the opportunity to attend the APSARD conference, and have now become a committed APSARD member! A clear advantage of this conference over other psychiatry conferences is its focus on ADHD, although the broad scope of ideas presented from within the field of ADHD research was equally impressive. A theme underlying sessions at the conference was the extent to which ADHD is a ‘brain disorder’. In the first plenary session, talks by Professor Philip Asherson and Professor Trevor Robbins outlined theoretical models of how brain networks may be dysfunctional in ADHD. Professor Asherson suggested a plausible theory that ADHD may be a disorder of default mode and task positive brain network interplay, with alterations in the interactions of these brain networks underlying dysregulated mind wandering in the disorder, while Professor Robbins presented data suggesting that numerous potentially dissociable fronto-striatal brain networks underlying executive functions may be impacted in ADHD and improved by ADHD medications. However, while these data and theoretical models were plausible and stimulating, presented data from recent large consortium efforts in genetics and structural brain imaging were more humbling. GWAS work presented by Professor Anita Thapar further invalidated previous narratives resulting from candidate gene studies of ADHD, with the influence of each individual genomic hit in the presented work being very small and composite polygenic risk scores having quite a modest predictive power. In a presentation of the recent ENIGMA mega-analysis of gray matter abnormalities in ADHD, Professor Barbara Franke showed that previously reported deficits in striato-limbic gray matter were significant in the large mega-analytic sample, but differences between ADHD and control groups had small effect sizes and there was a substantial overlap between patients and controls and no significant differences at all between adult patients and controls. These findings indicate that biological mechanisms in ADHD may be more diffuse and subtle than anticipated by earlier theorizing, and suggest the need for further large-scale collaborative studies to investigate more sophisticated models of brain alterations in ADHD, which may also include the potential for heterogeneous neuropathophysiology in ADHD as well as greater considerations of neurodevelopment. At times, the questions and answers sessions were even more stimulating than the talks themselves and I enjoyed the discussions of these topics. I look forward to next year’s APSARD!