Smart People Can Have ADHD Too 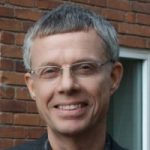 We know from many studies that ADHD is associated with a slightly lower intelligence quotient (IQ) and with problems in thinking known as executive function deficits.  If that’s that case, you might think that people with a high IQ cannot have ADHD.   You would be wrong.  Data on groups sometimes mislead us about individuals. Although, on average, ADHD people have IQ scores that are about 9 points lower than others, there is a wide spread of IQs in both ADHD and non-ADHD people.  So many people with ADHD have higher IQs than those without ADHD and vice-versa.  Moreover, studies of people with high IQs support the idea that ADHD can be validly diagnosed among very intelligent individuals.

In a series of studies using the, Antshel and colleagues showed that the clinical profile of high IQ ADHD was very similar to what has been observed for ADHD in general.  For example, like their less intelligent counterparts, high IQ ADHD children have an increased risk for mood, anxiety and disruptive behavior disorders.  Children with a high IQ and ADHD showed a pattern of familial transmission as well as cognitive, psychiatric and behavioral impairments consistent with the diagnosis of ADHD. The degree to which ADHD persisted into adulthood was also similar between the two groups.

Why are these data important?  Milioni and colleagues argue that among higher IQ adults with ADHD, a higher degree of intellectual efficiency may compensate for deficits in executive functions.  This ability to compensate allows them to succeed in many tasks which otherwise might have been impaired by their ADHD symptoms.  But, in many cases, such compensation is not sufficient or is too burdensome. When compensation fails, ADHD symptoms and other impairments emerge. When this occurs later in life, some clinicians are reluctant to diagnose ADHD.  Caution is warranted, but clinicians need to know that the diagnosis of ADHD among high IQ is valid.