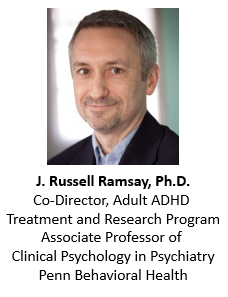 Cognitive-behavioral therapy (CBT) is a psychosocial treatment that has been adapted for use with adults with ADHD. Numerous clinical outcome studies, including several randomized trials comparing Cognitive Behavioral Therapy (CBT) with active control treatments have yielded positive results, often in combination with ADHD medications.

A common element in most CBT approaches for adult ADHD is the focus on behavioral skills training. ADHD is an implementation problem inasmuch as individuals describe being aware of what needs to be done to manage the effects of ADHD (not to mention other areas of life) but yet have difficulties consistently and effectively performing these skills. In fact, there has been some question as to whether the cognitive element of CBT – identifying and modifying maladaptive thoughts – is really essential in the treatment of adult ADHD apart from their relevance in cases of co-existing anxiety and depression. 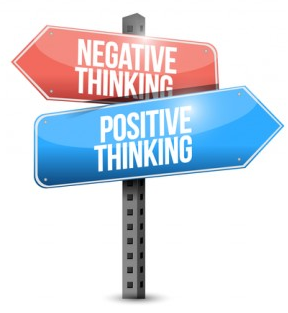 However, several recent studies have started to identify the unique impact of negative thinking on adults with ADHD. These studies have illustrated that dysfunctional attitudes and cognitive-behavioral avoidance overlapped to contribute to co-existing depression and depressive symptoms1, are more prominent in cases of ADHD and co-existing depression but are also more prominent in cases of uncomplicated ADHD when compared to controls2, and uncomplicated ADHD was associated with higher levels of intrusive and worrisome thoughts when compared with controls3.

More recently, a chart review study of 44 adults assessed the correlation of ADHD with measures of self-reported distorted thoughts, depression, anxiety, and hopelessness4. A significant, positive correlation between distorted thoughts and a measure of ADHD was obtained; there was no correlation between ADHD and depression, anxiety, or hopelessness. Review of the most frequently endorsed categories of cognitive distortions indicated that “Perfectionism” (55%) was far and away the most frequently endorsed, followed by “Emotional Reasoning and Decision-Making” (17.5%, “Comparison to Others” and “Emotional Reasoning” (both 7.5%).

The combinations of findings indicate that the cognitive component of CBT is still relevant in helping adults with ADHD to better implement various effective behavioral coping strategies in their daily lives. The aforementioned distortions play a role in the cognitive-behavioral avoidance identified in the various other studies of negative thoughts and adult ADHD. Distorted cognitions are central to procrastination, emotional management, problem-solving, and various other coping domains commonly targeted in psychosocial treatment. Thus, although the implementation of behavioral skills in order to improve overall functional status and well-being are an important outcome of CBT for adult ADHD, it is increasingly appreciated that cognitive interventions play a central role in achieving these outcomes.