ADHD in Adults Over the Age of 50 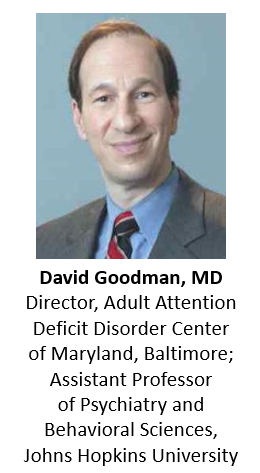 ADHD in Adults Over the Age of 50

There’s a new topic in ADHD, and it's likely to be the next clinical frontier, and that is ADHD in adults over the age of 50. We never truly believed that ADHD stopped when the pediatrician discharged you, and it doesn't stop when you get your AARP card or your Medicare card. We need to follow these people into adulthood. Now, many of these people have really never been diagnosed, having been raised in the 1950s and 60s. It really is quite a challenge for clinicians to identify ADHD in the older population. I think that it's important for the clinician to have ADHD in mind when they're doing their psychiatric evaluation. Often ADHD is missed because it's simply not considered in the evaluation. ADHD in adults starts in childhood. The symptoms are chronic and relatively unchanging, and cause impairments over time. In the later years of adulthood, making the diagnosis gets more complicated because of age related cognitive decline. Although cross-sectionally it might look like it's just age related, if you don't go back and take the history, you miss the fact that this person has had chronic inattention, distractibility, disorganization, for virtually their whole life. That is the challenge to making the diagnosis. Does ADHD present in ways that are unique from aging? Not necessarily. The inattention is still a function of the disorder. They're forgetful, they misplace things, they spend a lot of time looking for things, but at this age, when you have multiple responsibilities now with children, or grandchildren, and family, and managing finances and career, things that previously would have been relatively straightforward for an average adult become problematic. That is, paying bills on time, managing finances, remembering what bills you paid, what bills you didn't pay, making return phone calls, and life just gets too complicated and burdensome. This leads to an increase in the amount of anxiety and depression that people have. We're often presented with anxiety, substance abuse, depression, and other concomitant psychiatric disorders. Again, the clinician needs to know this exists in order to screen and ask the relevant questions. That's really what our program is going to be at APSARD, to heighten the awareness for clinicians. It is often the case that adults are getting diagnosed for the first time in midlife, because if you were raised in the 1950's and 60's, these were bad, lazy kids who never got diagnosed. Now what happens for the later adults is, they see their grandchild get diagnosed, and then their own child, 35, turns to mom and dad and says, "You know, you guys look like you were this way my whole life. You always ran late, you didn't pick me up on time, and we were always scattered and looking for stuff when we went on vacations. Maybe you should get evaluated." I think it's a new frontier because there are very few studies that look at ADHD in older adults. We just did a review that has been published before the meeting, and it's a complete review of English published worldwide literature on ADHD over the age of 50. There's a lot of good research out of the Amsterdam Group, but we've tried to put together all of this information to one article so that we can increase awareness and say what's out there, and what the field needs to develop in the area of research and clinical skills. A press release for the review may be viewed here, for more information: http://www.prnewswire.com/news-releases/attention-deficit-hyperactivity-disorder-in-adults-over-age-50-a-mistaken-and-overlooked-psychiatric-disorder-in-the-aging-population-300195082.html