Adult ADHD and Comorbid Bipolar Disorder: Treat or not? 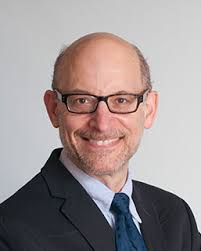 Convergent evidence strongly suggests that children with bipolar disorder have high rates of comorbid ADHD. Given enough time, these children grow up and become adults; and when they grow up, many continue to have ADHD and bipolar disorder, and, as one would expect, those with ADHD have a worse course compared to those without ADHD. One could conceptualize this particular comorbidity as dysregulations in partially overlapping and related brain network circuits, each with distinct clinical trajectories – and more recent data suggests a complex relationship between genetic risks (Van Uulzen et al. Biol Psychiatry. 2016 Oct 18. pii: S0006-3223(16)32920-1. doi: 10.1016/j.biopsych.2016.08.040. [Epub ahead of print]).

The ADHD symptoms, while context specific, tend to be continuous and not episodic. The bipolar symptoms can be episodic (discrete mood episodes) as well as continuous (interepisodic depressive, manic, hypomanic, and anxiety symptoms). Since the treatments which can treat ADHD can potentially exacerbate manic and psychotic symptoms, it is unclear whether clinicians could prescribe the usual ADHD medications (stimulants and atomoxetine) with an acceptable margin of safety. Furthermore, because comorbid ADHD increases the risk of comorbid substance abuse in people with bipolar disorder, do stimulants increase the risk of exacerbating substance abuse or, as consistent with evidence for adolescents with ADHD, will stimulants actually decrease substance abuse? At the very least, clinicians will be concerned about the safety of ADHD treatments more than the effectiveness of these medications. Beyond clinician anxiety, what evidence exists for the treatment of comorbid ADHD and bipolar disorder in adults?

Roger McIntyre and colleagues published an open 4 week study of lisdexamfetamine for 45 patients with ADHD and bipolar disorder (Hum. Psychopharmacol Clin Exp 2013; 28: 421–427). Patients improved overall and specifically with ADHD symptoms without any exacerbation of manic or psychotic symptoms. The investigators acknowledge the limitations of interpreting an open short-term study. Nevertheless, this study suggests that a stimulant might be effective and safe in this population.

While not specifically focusing on bipolar disorder with comorbid ADHD, Alexander Victorin and colleagues took a different tack to examine the risks of using methylphenidate for over 2,000 people with bipolar disorder, especially the risk of treatment emergent mania (Am J Psychiatry. 2016 Oct 3:appiajp201616040467. [Epub ahead of print]). As one would expect, those treated with methylphenidate alone had a hazard ratio of 6.7 (95% CI=2.0-22.4). In contrast, when methylphenidate was added to a mood stabilizer, the hazard of mania was lower (hazard ratio=0.6, 95% CI=0.4-0.9). The main limitation of this study is that ADHD was not assessed. Nevertheless, this analysis suggests that methylphenidate may be reasonably safe if patients also take a mood stabilizer.