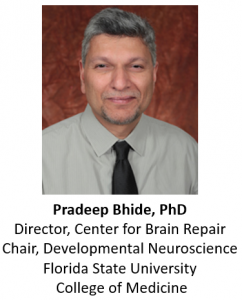 In our studies, we are using animal models of ADHD to gain novel insights into the neurobiology of this disorder. The ultimate goal is to translate our pre-clinical findings into the clinic by developing these molecules into drugs and see how they will benefit the ADHD patient population.

With my research, I’m often asked if animals have ADHD.  With ADHD as a cognitive disorder, it’s very difficult to say whether a mouse for example has ADHD or not. However, that is not necessarily a disadvantage because we can perform behavioral analyses in these animal models that focus on components of the bigger ADHD syndrome. For example, working memory. Rodents (mice and rats) require working memory. We have specific behavioral tests that measure working memory, attention, hyperactivity, and impulsivity.

Smoking and ADHD: The animal model that we have developed is a pre-natal nicotine exposure mouse model. We chose that because the clinical research has shown that if pregnant women smoke cigarettes, or use tobacco products, the risk for ADHD in the child doubled. Nicotine exposure is a known environmental cause, or is associated with development of ADHD symptoms.

We have identified two or three molecules, novel molecules that underlie working memory and attention deficit. We have even tried to develop these molecules into drugs. Another new finding that we have is that the phenotypes, the cognitive deficits produced by the nicotine exposure are not only found in the offspring, but some of these behavioral phenotypes are transmitted to the next generation. The grandchildren of the mother who smoked exhibit ADHD-like behavior. The great grandchildren also displayed that behavior, even though only the grandmother actually was exposed to tobacco and nicotine.

Similarly in male mice, or fathers, that were exposed to nicotine, their children also show ADHD-like symptoms. These types of trans-generational transmission of the ADHD phenotype, or heritability of these cognitive deficits. That insight came because we used an animal model, as you can imagine to do this type of trans-generational study in people, even if it were possible, would take about fifty or a hundred years. In an animal model we can do this in less than a year.

ADHD in Parents and Families: What We Know Now
ADHD in Adults Over the Age of 50