Neural Growth Factors and ADHD: Lessons Learned and a Glimpse Towards the Future 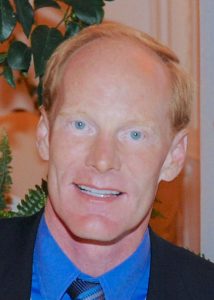 As a young chemical engineer intent on pursuing a medical degree in interventional cardiology, the pioneering work by Rita Levi-Montalcini and Stanley Cohen not only changed my career but changed the face of neurobiology and all of medicine...

With the award in 1986 for the Nobel Prize in Medicine their pioneering discoveries of Neural Growth Factor and the influence of trophic factors on cell development upended our basic concepts about the brain and functional neurology. No longer were nerve cells seen as preordained to gradual decay and decline but the concepts of neural plasticity, regeneration, synaptogenesis and connectivity became the rage.

This month’s article by Akay and colleagues furthers our knowledge and understanding about the potential role of neural growth factors in ADHD.

Prior studies have demonstrated that brain derived neurotrophic factor-BDNF has an important role in neural plasticity, protecting against neuronal stress and maintaining cognitive function. BDNF is encoded by genes on chromosome 11 and specific genetic Val-Met polymorphisms of the BDNF gene are associated with either preserved or impaired neuronal function.

The Val-Val BDNF genotype was shown by Kim et al to predict a better response to OROS-Methylphenidate as compared to a Val-Met genetic substitution.
Val-Val individuals were able to increase BDNF levels in response to MPH treatment whereas Val-Met patients had lesser increase in BDNF and individuals with the Val-Val genotype had an overall greater improvement in ADHD symptoms in response to MPH treatment.
This past month, Akay et al published the results of a study which measured the pre and post MPH treatment levels of BDNF in 50 male ADHD patients and 50 non ADHD controls.

The mean serum pretreatment BDNF levels with ADHD were 2626 and 2989 pg/ml in healthy controls. ADHD individuals had a significant increase in serum BDNF in response to 8 weeks of treatment with MPH; 2626 to 3255 pg/ml (p = 0.04) with an even more extensive increase in the inattentive group (p = 0.005).

Other factors which have been constantly shown to increase BDNF include-exercise, sunlight sleep and improvement in mood disorders…all of which enhance the brain’s ability to remain plastic, encode new information and adapt to stress.

Our field is exploding daily with new innovations and a deeper understanding of the influence of genetic markers, the influence of neural growth factors and biologic predictors of treatment response. We stand at the edge of an exciting tomorrow both for ourselves and our patients!