Neuroimaging of ADHD: Disorder-Specificity and Translation Into Neurotherapy 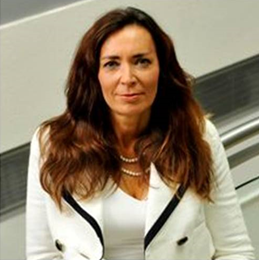 The presentation by Prof Katya Rubia reviews the state of the art of the evidence for brain abnormalities in children with Attention Deficit Hyperactivity Disorder (ADHD). ADHD has been investigated with brain scanning experiments more than any other childhood disorder. ADHD is still today often reported in the media as a “myth” or as “naughty” children who are medicalised and don’t need to be medicated. However, the last two decades of neuroimaging have shown that people with ADHD indeed have abnormalities in the structure and function of their brain. These children suffer from a delay in brain maturation which may explain why they behave like younger children. Imaging studies show that these children have problems with the development of the frontal parts of the brain which are connected to deep subcortical regions like the basal ganglia and are important for top-down control of behaviour, such as self-control, decision making, forward thinking and considering the consequences of one’s actions. Abnormal development of these brain structures could explain the typical features of impulsiveness in ADHD. Furthermore, these children also have abnormalities in posterior cortical regions like the temporal and parietal lobes that are connected to the frontal lobes and are important for attention skills and could account for the concentration problems exhibited by these children. These brain regions are also innervated by dopamine and the treatment given to these children, stimulant medication, enhances the levels of dopamine and the activity in these brain regions which is why stimulant drugs work very well for most ADHD patients.

An important research question, however, is whether the brain abnormalities in ADHD are specific to ADHD or shared with other childhood disorders? This is crucial if we want to use neuroimaging in the future to help differentiate between disorders or to find the best tailored treatment for each disorder based on their brain abnormalities rather than by trial-and-error as it is currently done. Therefore, we conducted several meta-analyses to compare the imaging deficits in children and adults with ADHD with other disorders such as obsessive-compulsive disorder (OCD) or with autism spectrum disorder (ASD). People with OCD, although they also have problems with self-control, like inhibiting their compulsions and obsessions, have very different brain abnormalities to people with ADHD. While ADHD children and adults have smaller structure and function of the basal ganglia, OCD patients have enlarged structure and function in the basal ganglia and deficits in different frontal parts of the brain than ADHD, in regions that are important for top-down control of emotions rather than attention. Hence, in OCD there is a dysregulation of the connection between the basal ganglia (overactive and larger) and the frontal lobe (underactive and smaller), while in ADHD both parts are smaller and underdeveloped. People with ASD also have different brain abnormalities than ADHD in different frontal parts of the brain that are crucial for emotion processing.

One of the most exciting advances in the field of ADHD imaging research is to develop new and targeted brain-based treatments for ADHD based on the brain deficits we have found in imaging studies. In our lab, we used fMRI-Neurofeedback, which teaches ADHD children to activate a specific part of their brain we have shown is not working properly, namely the inferior frontal cortex, via a computer game that is connected to their brain activity. Every time the children enhance the activity in this frontal region of their brain, by trial-and-error, something happens on the computer screen. We find that children with ADHD can learn to self-regulate their brain activity with fMRI-Neurofeedback and this is associated with an improvement in their clinical symptoms and an improvement of their brain activity in this region. Clearly, more studies are needed and the future will tell whether it will be possible to change ADHD behaviours by reversing the associated brain abnormalities these children have.

Dr. Rubia will be presenting at the 2017 APSARD Annual Meeting on “Neuroimaging of ADHD: Disorder-Specificity and Translation Into Neurotherapy.”