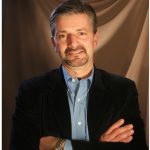 The final important element revealed in the research on the impact of ADHD on entrepreneurs (Wiklund et al., 2016) is that hyper focus was identified as among the greatest attributes for the ADHD entrepreneur. Hyper focus is the ability to focus intensely on a task at hand to the exclusion of all else – including forsaking eating and sleeping. This is often observed with ADHD entrepreneurs who are pursuing a business venture about which they are passionately enthused. David Neeleman revealed that he could not pay attention in the classroom, yet was able to hyper focus tirelessly on important issues within the airline industry, which eventually led to the founding of JetBlue.

Paul Orfalea was referred to as his company’s “chief wanderer,” spending 3 weeks on the road hyper focusing on how his own stores were operating and what his competitors were doing. He said it was his ADHD that compelled him to wander because he could never bear staying in one place too long. He also discovered that leaving headquarters removed him from the boring, mundane, daily routine of work that left little room for insight, inspiration and innovation, qualities that drove him to differentiate his product from that of his competitors, which helped placed Kinkos in the forefront of consumers’ minds, making it the world’s leading retailer for document copying and business services; Orfalea sold Kinkos to Federal Express for $2.4 billion in 2014.

This study reinforced what I have observed in coaching Entrepreneurs with ADHD for over 20 years. Every successful entrepreneur is involved with a business they love. The business enterprise is not derived from pressure to work in a business or workplace environment not suited to their ADHD and unique strengths.

These and other examples represent the restless, impatient nature of the entrepreneur with ADHD who experiences boredom while attending to the daily mundane grind of tasks, which impedes the ability to think creatively and innovate. Without sufficient mental stimulation, the entrepreneur with ADHD will seek out opportunities to explore new and interesting ideas, which may induce a state of hyper focus. This type of intense, intellectual attentiveness and vigor will lead to the attainment of a wider scope of knowledge, in a specific domain, often expanding their perspective, abilities and confidence, in a chosen field, thus increasing the chance for success when an intuitive decision needs to be made, which is a conjecture of Wiklund et al. (2016).

Future Research Recommendations:
Existing research on adult ADHD has not supported evidence for any positive effects of the diverse qualities inherent in ADHD. However, some anecdotal evidence suggests that some features ADHD may have positive implications in some settings, such as entrepreneurship.

The Wiklund et al. (2016) study is an important first step towards understanding how ADHD impacts entrepreneurship, albeit based on case study. It transcends the symptoms of ADHD and opens a new pathway for more formal academic/scientific study to investigate positive ways to approach ADHD and entrepreneurship.

There are at least three areas for future research: 1) the role of physical exercise in managing an entrepreneur’s ADHD symptoms and how a consistent exercise regimen may be a source of time-limited symptom management the promotes creativity; 2) identification and integration of unique information processing styles for improved communication of information, presenting business proposals, and assigning and managing tasks, which may inform strategic use of assistive technology in business settings; and 3) the use of the VIA character strengths survey (Peterson & Seligman, 2004) to identity self-endorsed character traits that may be associated with entrepreneurship. I can only conjecture that “creativity” would emerge as one of the core signature strengths in entrepreneurs with ADHD.

Many of the ADHD entrepreneurs in the study knew intuitively that they were different and stood out from peers in ways that might not have been perceived in positive terms. One of the most important messages of this research is that ADHD is not only a diagnosis; it is also, potentially, a unique difference that may bring with it unconventional strengths. When understood by entrepreneurs with ADHD in this way, it can be the catalyst for identifying who they are, including envisioning unconventional ways of doing things in order to create and build innovative and successful businesses.

Orfalea, P., & Marsh A. (2005). Copy This!: Lessons from a hyperactive dyslexic who turned a bright idea into one of America’s best companies. Workman Publishing Company, Inc.: New York