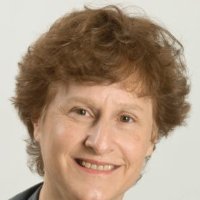 A recent Special Communication in JAMA Pediatrics (Bui, Dieleman, Hamavid, & et al., 2017) noted that spending in child health has continued to rise by 56.2% between 1996 and 2013. The largest health condition leading to health care spending for children was well-newborn care in the inpatient setting. It came as somewhat of a surprise to learn that ADHD was the second largest source of spending increase was ADHD. 63.9% of this was on ambulatory care and 35.4% on retail pharmaceuticals. ADHD care in 2013 cost 20.6 billion, or $240 per child or .13 of the GDP. Increased spending on mental health caused 24.8% of the increase in overall child health spending, and within this increase in ADHD pharmaceutical spending was the largest source of spending increases. This project is the most sophisticated attempt to aggregate health care spending by condition as well as age, gender and type of care.
The prevalence of ADHD in this age group has remained stable, although it is possible that there is improved access to care, especially for girls or children with predominant attention problems. Nonetheless, these data challenge us to determine whether we are spending our health care dollars for ADHD treatment optimally and whether this growth in spending has been matched by a comparable increase in child well-being, outcomes, and adult outcomes.