The Central Mystery of ADHD 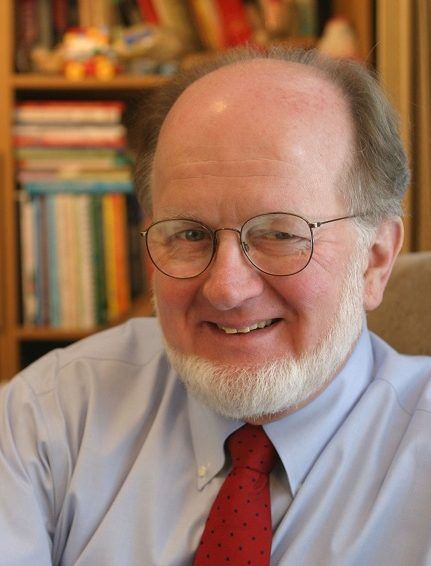 Despite the many differences among children and adults with ADHD, there is one similarity shared by virtually all of them. Although they have considerable chronic difficulty in getting organized and getting started on many tasks, in focusing their attention, sustaining their efforts, and utilizing their short-term working memory, all of those diagnosed with ADHD tend to have at least a few specific activities or tasks for which they have no difficulty in exercising these very same functions quite well.

Many children with ADHD who struggle painfully to focus on their schoolwork and daily chores are able effortlessly to focus very well for playing a favorite sport or video games. Many college students with ADHD earn top grades in one or two courses for which they have strong interest due to the content or the skills and charisma of the professor, yet they fail out of college because they are unable to sustain their attention and effort for many other courses required for their curriculum. Many adults with ADHD are not promoted at work or repeatedly lose their jobs not because they do not do many aspects of their job quite well or very skillfully, but because they are consistently unable to awaken themselves to get to work on time or because they are excessively forgetful about attending to important assignments or fail to hand in required reports accurately done before established deadlines.
Many of all ages with ADHD demonstrate amazing ability to recall all the details of the storyline of a movie seen years earlier, or words and music of countless songs they once heard, or random details of long ago incidents they observed, yet they are often incapable of recalling what they have read or have heard just a few minutes ago. All those with ADHD tend to have a few tasks or situations where they demonstrate impressive or, at least, quite adequate competence in exercising various cognitive management skills that they are unable to exercise with consistency in most other activities of daily life, even though they see the importance of doing those tasks and very much want to perform them successfully.
Symptoms of ADHD are chronic, but in each person they appear with notable exceptions, usually in situations where the person has strong personal interest in that particular task or activity, or when they believe that something very unpleasant for them is likely to occur very quickly if they do not attend to this specific activity right here, right now. Clinical observations and empirical research have consistently demonstrated that ADHD symptoms are situationally variable, that there is much intra-individual variability in the symptoms of this disorder. This is the central mystery of ADHD.

A classic example of this puzzling paradox of ADHD is Larry, a sturdy, sandy-haired high school junior who was the goalie for his school’s ice hockey team. It happened that the day before his evaluation, Larry had helped his team win the state championship in hockey by blocking many shots on goal. He was an extraordinarily fine goalie and he was also a very bright student who scored in the very superior range on IQ tests. He wanted to get good grades because he was hoping eventually to go to medical school. Yet he was chronically in trouble with his teachers. Often they said to him, “Once in a while you make very perceptive comments in class that show how smart you are, but most of the time you’re out to lunch—looking out the window or staring at the ceiling. Occasionally you turn in a really good homework paper, but most of the time you don’t even know what the homework is supposed to be.” The teachers kept asking Larry, “If you can pay attention so well when you’re playing hockey, why can’t you pay attention when you are in class? If you can work so hard to practice and stay in shape for hockey, why can’t you show some consistent effort for your schoolwork?”

After hearing his parents tell me about these recurrent complaints from his teachers, Larry quietly responded, “I don’t know why this keeps happening. I’m just as frustrated and even more worried about this than you are…I know what I need to do and I really want to do it because I know how important it is for all the rest of my life…I know I should be able to do it; I just can’t! I just can’t make myself pay steady attention to my work for school anywhere near the way I pay attention for hockey.”

This inconsistency in motivation and performance is the most puzzling aspect of ADHD. It appears that the child or adult with ADHD who can show strong motivation and focus very well for some tasks should be able to do the same for most other tasks that they recognize as important. It appears that this is a simple problem of lacking “willpower.” If you can do it for this, why can’t you do the same for that and that which are even more important? Yet ADHD is not a matter of “willpower.” It is problem with the dynamics of the chemistry of the brain.
One of my patients once told me, “I’ve got a sexual example for you to show what it’s like to have ADHD. It’s like having erectile dysfunction of the mind. If the task you are faced with is something that turns you on, something that is really interesting for you, you’re “up for it” and you can perform. But if the task is not something that’s intrinsically interesting to you, if it doesn’t turn you on, you can’t get up for it and you can’t perform. It doesn’t matter how much you tell yourself, “I need to, I ought to. It’s just not a willpower kind of thing! (Brown, 2005)”

Recent research offers considerable evidence that ADHD is not a “willpower thing,” even though, in many ways, it appears to be a simple lack of willpower. The missing piece for most people trying to understand this is the fact that when a person is faced with a task that is really interesting to him or her, not because someone told them that it ought to be interesting, but just because it is interesting—either because to them at that moment it appears to offer appealing pleasure or seems to warn of some imminent unpleasantness that they want to avoid, that perception, conscious or unconscious, changes the chemistry of the brain instantly. But this process is not under voluntary control.
___________________________________________________________________
Brown, T.E. Outside the Box: Rethinking ADD/ADHD in Children and Adults—A Practical Guide
American Psychiatric Publishing, 2017.